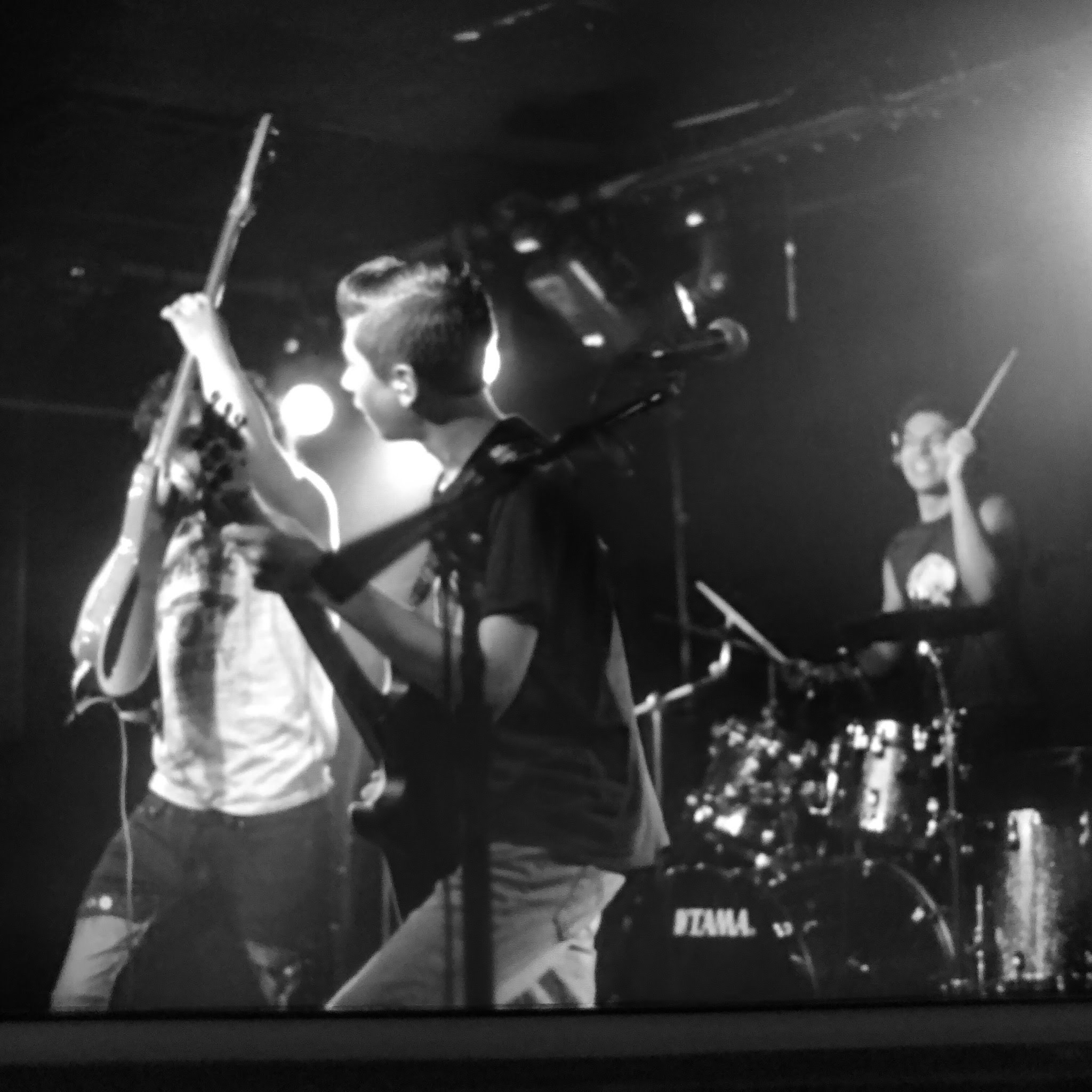 1. Light Up The Night

Metal Hawks are a young hard rock and heavy metal band from Nassau County, Long Island.  The members range in age from 15 to 19. Some of their many influences include Van Halen, Foo Fighters, Green Day, Iron Maiden, Led Zeppelin, Judas Priest, Rush, and Metallica (just to name a few).  Metal Hawks began in 2014 with original guitarist, John Barry, 15, and a previous singer and drummer. He met current singer Ryan Daversa, 19, at a school talent show where they talked about their influences backstage. That summer, when the previous singer quit, Ryan nailed the
audition and has been singing with the band ever since. After their first drummer quit in 2015, the band took a brief hiatus while they looked for their replacement. It was at a music store John took lessons at where he met Alex Hertler, 18, who took the throne in January of 2016. The band had been searching for a bassist since they began, and when Ryan brought his own bass to practice one night, they all agreed that he assume the role. The lineup has been the same ever since, and it wasn’t long before the trio started playing shows together. As a young band, getting into some venues was certainly a challenge due to age. However, they’ve still been able to play at iconic venues on Long Island and in 3 of the 5 Boroughs, such as Blackthorn 51 in Queens, 89 North in Patchogue, and twice at The Bitter End in NYC. In the summer of 2017, they won the Queens Library Battle of the Bands, a high point for the band. They have opened for national acts such as Unlocking the Truth, Saliva, and Bobaflex. 3 of their original songs were featured in the soundtrack for an independent horror film entitled “Killer: Malevolence 3”, released in late 2018.
Metal Hawks have a 3-song demo on YouTube called “Welcome to Our Show” and are set to release their new single “Light Up the Night” this year, which will be out on all platforms and be accompanied with a music video. They continue to write and perform original material all over the Island and NYC area with a mix of some of their favorite cover tunes.